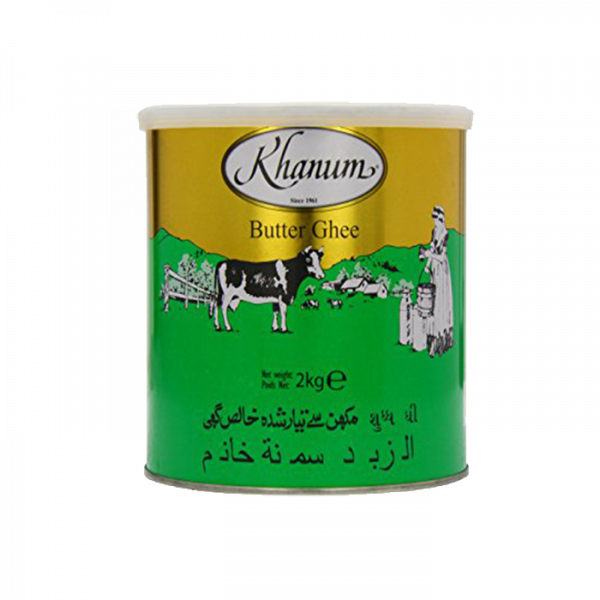 There are no reviews yet.

Ghee, also known as clarified butter has been a part of the Indian cuisine for many centuries. It is a very healthy addition to the diet and in many homes, food was traditionally prepared only in ghee. It is widely used in India and Pakistan. It can be stored for extended periods without refrigeration, if kept in an airtight container.

According to Ayurveda, ghee is considered as a substance that gives longevity.

– Ghee is used to prepare rice or is served with it.
– It is used to make Indian sweets such as ‘Halwa’ and ‘Mysore Pak’; for cooking regular main dishes (replacing oil); on naans, rotis and parathas etc.

– Ghee contains good fats that are necessary for body functions. When used in moderation it promotes good health.
– It contains omega-3 fatty acids, and is considered a good alternative to butter for those having high cholesterol.
– It boosts immunity.
– It contains Vitamin A which is good for the eyes and is an antioxidant.
– In Ayurveda, ghee is considered to be beneficial for treating ulcers and gastric problems.
– Ayurvedic massages were also given using ghee as it makes the skin soft and protects it against rashes.
– It is said to have healing properties.

Percentages are based on a diet of 2000 calories a day.

There are no reviews yet.

ABOUT US|WELCOME TO LAHORE CASH & CARRY